Welcome back to a new season of the C13Originals critically acclaimed Hope, Through History documentary limited series. Narrated and...
Let's Go!

At the onset of World War II, Franklin Roosevelt contends with a fierce and at times virulent isolationsist movement in America while...
Let's Go!

A New Birth Of Freedom

Abraham Lincoln arrives in Gettysburg to consecrate a battlefield, and to commit America to fulfilling its original promise that all men...
Let's Go!

To End A Plague

In the midst of a devastating humanitarian crisis, President George W. Bush announces a bold, international plan to turn the tide...
Let's Go!

As World War erupts in Europe, President Woodrow Wilson follows public opinion and stays out of the international conflict. But when a...
Let's Go!

Bloody Sunday: A Battle For Justice

A violent attack on peaceful marchers in Selma, Alabama fuels the fires of progress, leading to a monumental victory for voting rights.
Let's Go!

Welcome to a new season of the C13Originals critically acclaimed Hope, Through History documentary limited series. Narrated and written by Pulitzer Prize Winning and Best Selling Historian Jon Meacham, Season Two explores some of the most historic and trying times in American History, how this nation dealt with the impact of these moments, and how we came through these moments a more unified nation. Season Two, presented by C13Originals, in association with The HISTORY® Channel, will guide you through the Battle of Gettysburg and its impact on the future of the country, the relationship between FDR and Churchill and America’s slow walk to war, the plan for AIDS relief, the sinking of the Lusitania and events impact on the future of America, and Bloody Sunday and the Voting Rights Act. This follows Season One which covered the 1918 Flu Pandemic, the Great Depression, World War II, the polio epidemic and the Cuban Missile Crisis. These stories of crisis—the term originates in the writings of Hippocrates, as a moment in the course of a disease where a patient either lives or dies—are rich, and in our own 2021 hour of coming out of the devastating pandemic and slow-motion but indisputably real panic, there’s utility in re-engaging with the stories of how leaders and citizens have reacted amid tension and tumult. The vicissitudes of history always challenge us in new and often-confounding ways; that’s in the nature of things. Still, as Winston Churchill once remarked, “The future is unknowable, but the past should give us hope”—the hope that human ingenuity, reason, and character can combine to save us from the abyss and keep us on a path, in another phrase of Churchill’s, to broad, sun-lit uplands.

In association with HISTORY 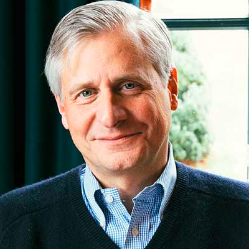 Jon Meacham is a Pulitzer Prize-winning biographer. His latest work is His Truth Is Marching On: John Lewis and the Power of Hope (Penguin Random House). He is the author of #1 New York Times bestselling books including The Hope of Glory: Reflections on the Last Words of Jesus from the Cross; The Soul of America: The Battle for Our Better Angels; Thomas Jefferson: The Art of Power; American Lion: Andrew Jackson in the White House; Franklin and Winston; Destiny and Power: The American Odyssey of George Herbert Walker Bush; and Songs of America: Patriotism, Protest, and the Music That Made a Nation. He is the host the C13Originals documentary podcast franchise It Was Said and the Cadence13 podcast docuseries Hope, Through History. He is a distinguished visiting professor at Vanderbilt University, a contributing writer for The New York Times Book Review, and a fellow of the Society of American Historians. Meacham lives in Nashville with his wife and children. 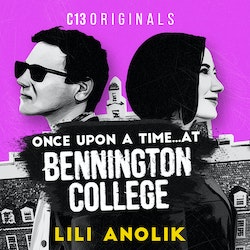 Once Upon a Time… at Bennington College 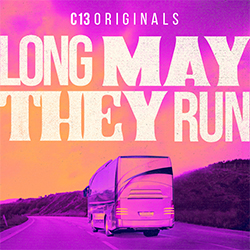 Long May They Run 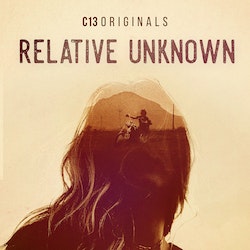 C13Originals is the division of Cadence13 focused on original storytelling and developing a slate of IP through a new premium level in-house production studio, and creators of top podcast series Root of Evil: The True Story of the Hodel Family and the Black Dahlia and the white-collar crime docuseries Gangster Capitalism.

C13Originals is the division of Cadence13 focused on original storytelling and developing a slate of IP through a new premium level in-house production studio, and creators of top podcast series Root of Evil: The True Story of the Hodel Family and the Black Dahlia and the white-collar crime docuseries Gangster Capitalism.